How to sell products online with Invisible funnel 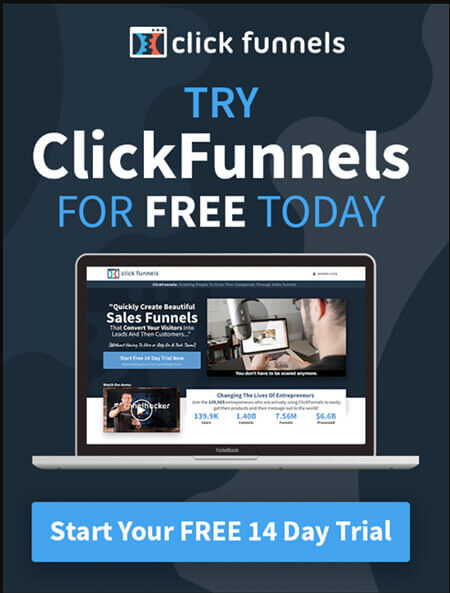 What if you could get people to give you money, without ever selling anything…? Yes, the Invisible funnel will help you do that. Invisible funnel is one of Event Funnel and it can help you sell your product which in the middle of value ladder.

The most people don’t know how to sell their product. Usually, they listing out all the benefits of product or service and hope someone will buy it. They do that in a way and of course, they instantly create resistance from people, from the prospect…And this way too hard to help you sell your product.

If you have read dotcom secrets book (a cool book help you learn about digital marketing funnel) before, you’ll know Daegan Smith has a different formula that makes the prospect doesn’t feel they’re being sold to. And this is Invisible Funnel. Now, let me show you how it’s work.

What is invisible funnel? How to make money online with it

I want to talk to you story about Chet Homes. This is a sales funnel example for you

Chet Holmes has a really cool business what he would do is he would he would have people come on a three-hour webinar and the end of the webinar he’d sell them like a $5,000 package.

By the way, he structured that webinar was really cool. Basically, you come in and put your credit card down beat him to pay anything right now.

And you can go through that entire process about three hours and the end of it if you loved it you would pay that he was $297 and if not even pay anything.

So it’s kind of like going to a restaurant eating all the food and after you were done if you thought it was amazing then you would pay.

And if not then you didn’t pay anything.

Or going to a movie and sitting through the whole movie, then if you like this, you pay the money and you don’t pay anything if you hate that movie. It’s so crazy, right?

And so that’s how he did it?

So what happens on the VSL page? You’re still selling you access to your event. But instead of just selling it as a product. If someone’s gonna purchase an invisible funnel.

You allow them to have access to it for free. They opt-in their credit card then you build them after they’ve had a chance to consume the product.

So that is the first page the video sales letter and then the order form.

But again the weight structure the products and what’s different here?

In this funnel, after that, you can upsell by OTO page, which stands for one-time offer or an upsell page.

We can sell a different product or service. And then from there anything for an offer wall which is the thank-you page, where you think them for their order.

Then introduce them to other products and services you have to offer.

So this is what an invisible funnel it looks like, and this is how Invisible Funnel works

How to use the Invisible funnel in your business?

Author / speaker / coach / consultant… You can use invisible funnel to test and sell a new product to your existing customers.

E-commerce… You can give a little of your product away for free. If they register their seat for this free training, which they’ll only pay for if they liked it.

Business-to-Business…You let your customer attend a “live, free training” when they get a free demo version of your product or service. They’d only begin paying for the product if they saw an increase to their bottom line.

Professional services…You can use invisible funnel to get people to attend an in-person special training with others, about my services, which they’d only pay for if they liked the training, and which would go towards the purchase of a bundle of my services offered only to them at the end.

Retail / Brick & Mortar Business… I’d offer a bundle of my products at a steep discount but only if they attended my free training. They’d only pay if they liked it and it would go towards the purchase of my bundled-product offer.

Get started with a 30-Day FREE ClickFunnels trial

hurry up and grab these deals: