Do you want to get more traffic to your website? You want to pay more than your competitor and double your profit? If the answer is yes, conversion rate formula in this post will help you. In this post, we will talk about 2 main.

I have written about the value ladder in the previous articles that call Customer lifetime value. So you can understand what it is and get some idea for your marketing strategy.

All right guys, let’s talk about your funnels and your value ladder what the difference between those are and how you’re going to build yours.

Because for the most part they all kind of look the same. But when you start looking at individual businesses, when you’ll get your business where you’re teaching retirement or you’re teaching people how to get a date or do dating and relationships or somebody else is teaching somebody how to make money online. 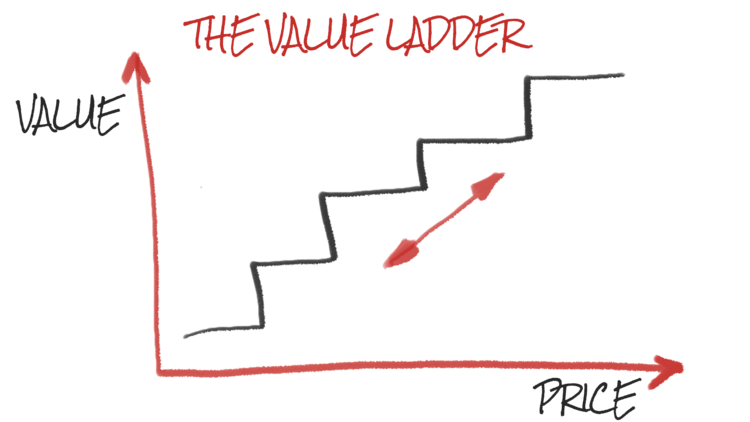 You got to your executive business coach, your retirement coach everybody is a little bit different everybody has their own uniqueness.

Because we all have our own unique businesses that we can help strategy. So let’s look at what a value ladder is to how that works out here.

So a value ladder really starts out at the bottom and it literally looks like a ladder.

And we’re going to build that out just like this.

But it generally starts out with something that you can give away for free. So you have to look at what you have. 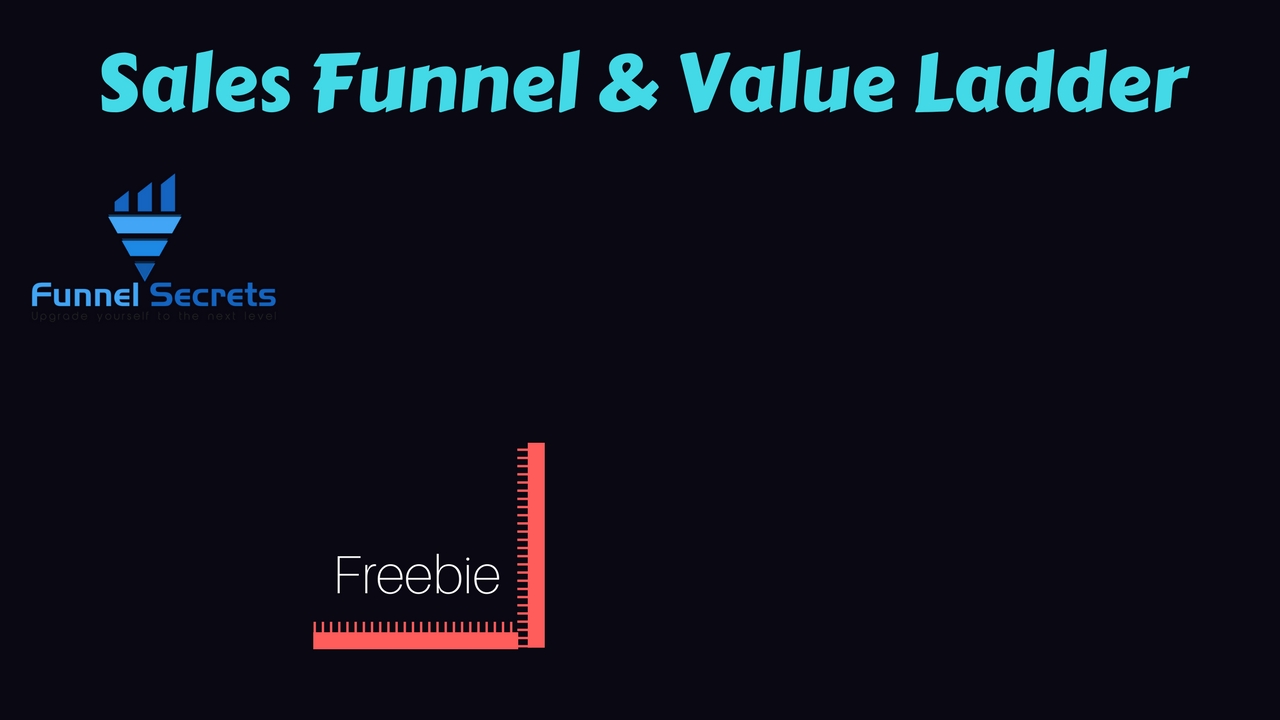 Maybe you have a free give away an e-book, a video, or training, a checklist, Resource Guide,… anything that you can give away for free.

That would be perceived as high value. If you have something like that you can put that at the bottom of your back your value ladder.

And I set the bar at the bottom because you’re not making any money on it.

But as you go through your value ladder, you will be doing other things and adding more to it. So that you can provide value and make money in your business.

So that’s why we build this.

Because a lot of people just have this big core. I want to sell this and they normally undervalue it.

But what I find more times than not is that they’ve created a core product that might be worth three to five hundred dollars, and that would generally fall somewhere around this area. 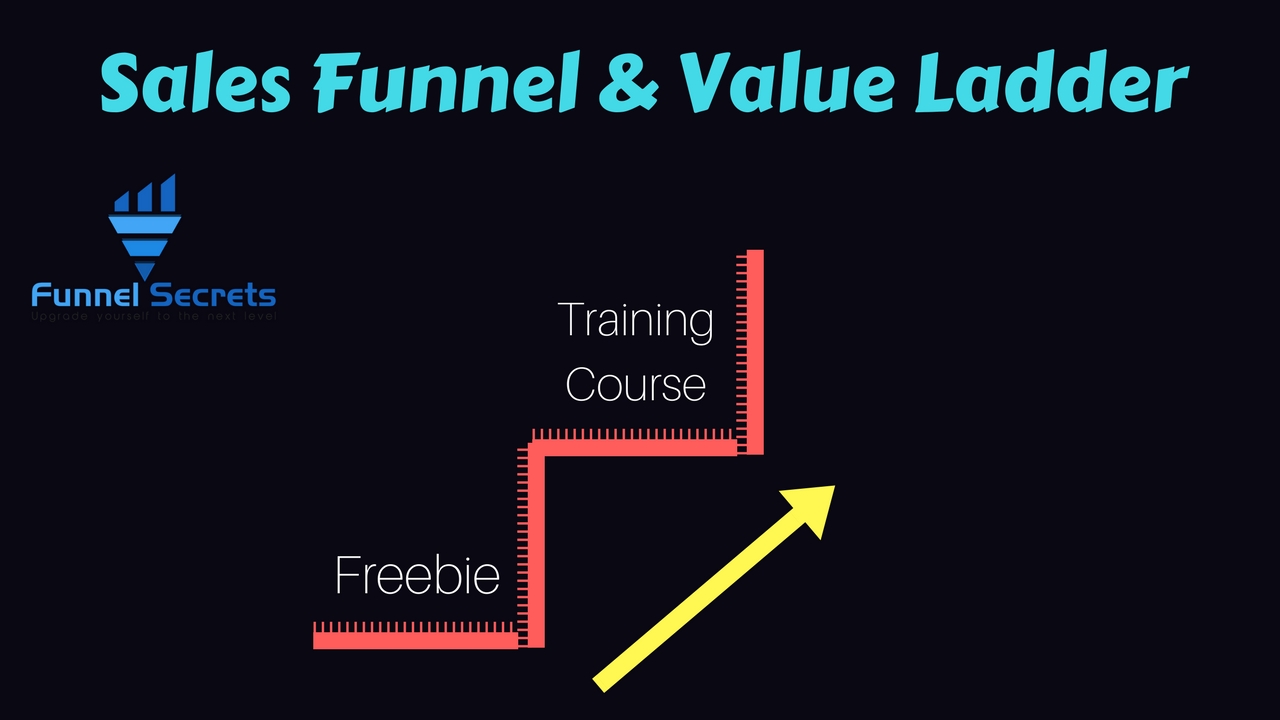 That would be maybe a home study course and they put everything they have.

So what I want you to do is look at your home study course, and pull something out of it.

Grab some of your best stuff and turn it into your freebie or what we’re going to use for your Opt-In page.

Now after you’ve created your home study course, people really don’t know what to do after that. Because they’re thinking well there’s $300 – $500.

But this is everything that I have right.

Well, we’ve talked about those different funnels already you have to be able to provide more and have different products.

So don’t put every last thing that you own into your home study course make sure that it’s designed to provide a solution for his specific problem.

And that specific problem should make it actually create another problem.

You have a course on how to make funnels and at the end of those people really great now and know how to create funnels.

But now you have the problem. I now need to know how to drive traffic.

And then, you can create a course on traffic solutions and sell that or something right. 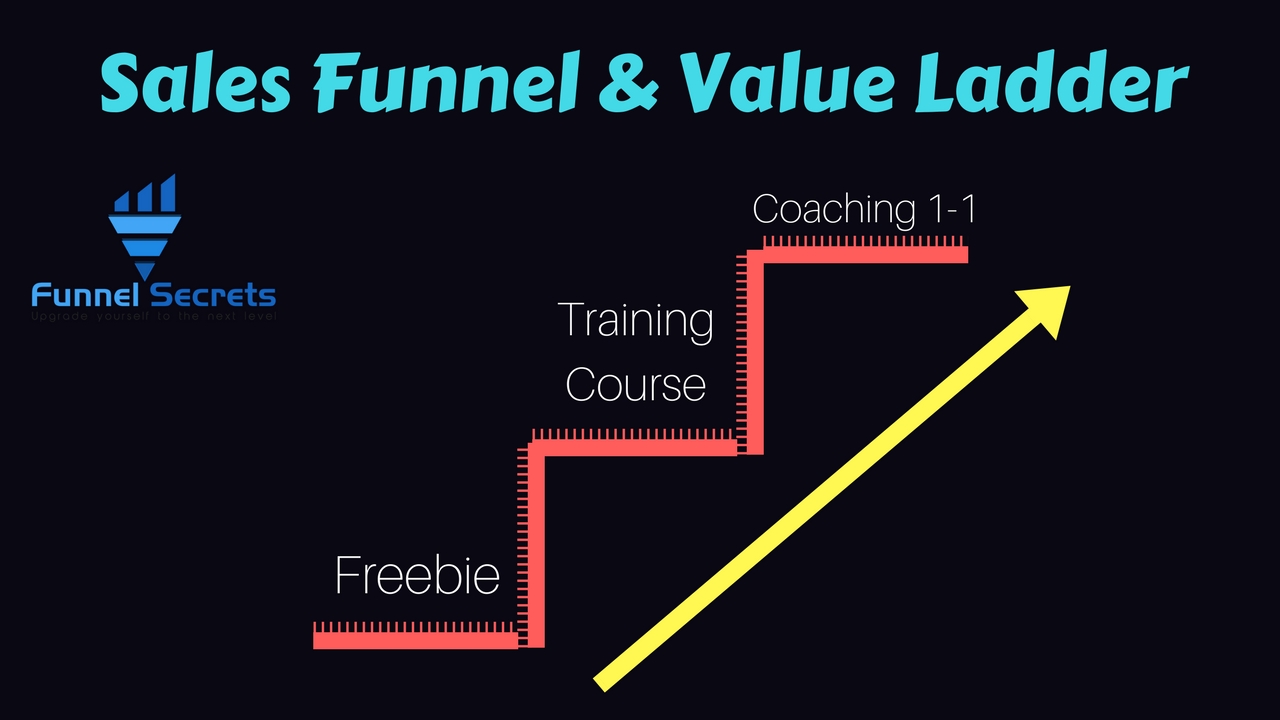 What we’re going to do here for this value ladder is at the top of this is one to one personal coaching.

Because some people will do the home study course. But other people have some extra money and they want to throw a thousand or a couple thousand or more as a coach.

So they can have somebody 1-1 that they can talk to and they’re very willing to do this if you think about that like a coach, or somebody that you would go to, or somebody that needs counseling, or something they’re going to the bill for that.

So, If you’re in that position and you’ve seen those bills you know that it’s going to be comparable most likely to one on one coaching.

You’ve got your website you got your different funnels.

People are going to navigate through each one of these funnels as you start creating them and you’re going to drive people through there.

Chances are with e-mail so that you don’t have to pay those.

The hardest part of Internet marketing is customer acquisition.

So acquire the customer everything else from there is basically free money. That being said you have to pay to acquire a customer the way that we do that is with ads.

We’re going to do that with Facebook ads, with Google ads, with YouTube as banner ads… That is the cost of doing business in Internet marketing.

And that’s what’s going to drive the success or the success of your business. So you’re going at it like I said you can do that with Facebook.

Luckily your first fuddle doesn’t have to be anything outrageously great.

But it does need to deliver high-value information and needs to build your authority it needs to help them solve a specific problem of some sort.

But it also needs to leave things open-ended enough to the point where they want to come back and buy something else from you.

The only pretty much the only exception to that rule might be a high ticket funnel where you literally dump everything that you’ve ever owned into one big product.

And that’s what you sell. So you have your online digitized product which you sell for anywhere from three to 10 grand.

The only other thing you could offer at that point would be you it would be one on one services or some kind of a much larger mastermind inner circle kind of thing it would cost $50000 on up to $100000 or more.

If you do that but just know that you’ve got to drive Ads we’re not going to be talking a lot about how to drive traffic.

All these funnels that we’re building need traffic.

But you could retarget them.

In addition to sending e-mails, so with Facebook or Google. You can drop some retarget text on their back for lack of better words.

And then you can send a lot cheaper traffic to funnel two and three and four. At some point, you’re want to stop sending paid traffic to your funnels.

Because every track every funnel that you’re spending money to get people into is also costing you money and you’re just not going to make as much money.

So if you can get one really super hot awesome funnel up front and then e-mail them everything else.

That’s much more money that you’re going to make. So that’s what we’re doing.

We’re not going to be covered down on Facebook traffic here. There’s plenty of good courses out there. The way that I did it just get into Facebook and start spending some money and do some learning.

Hopefully, at some point, I can add an additional course to our repertoire that does involve Facebook ads.

However, unfortunately, it’s not this one. But hopefully, that clears a few things up. I plan on sending traffic and getting good at ads somehow some ways. So that you guys can start driving people into those funnels. 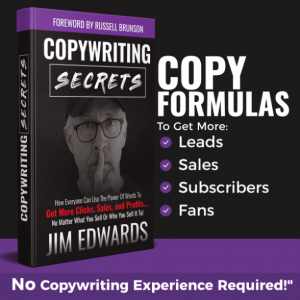 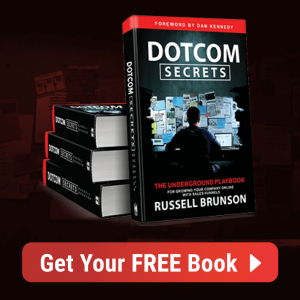 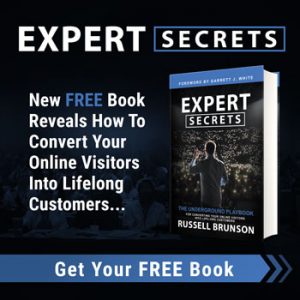 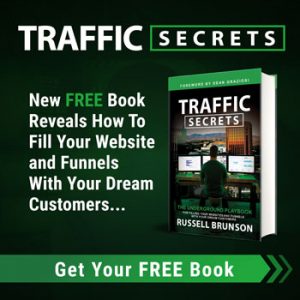